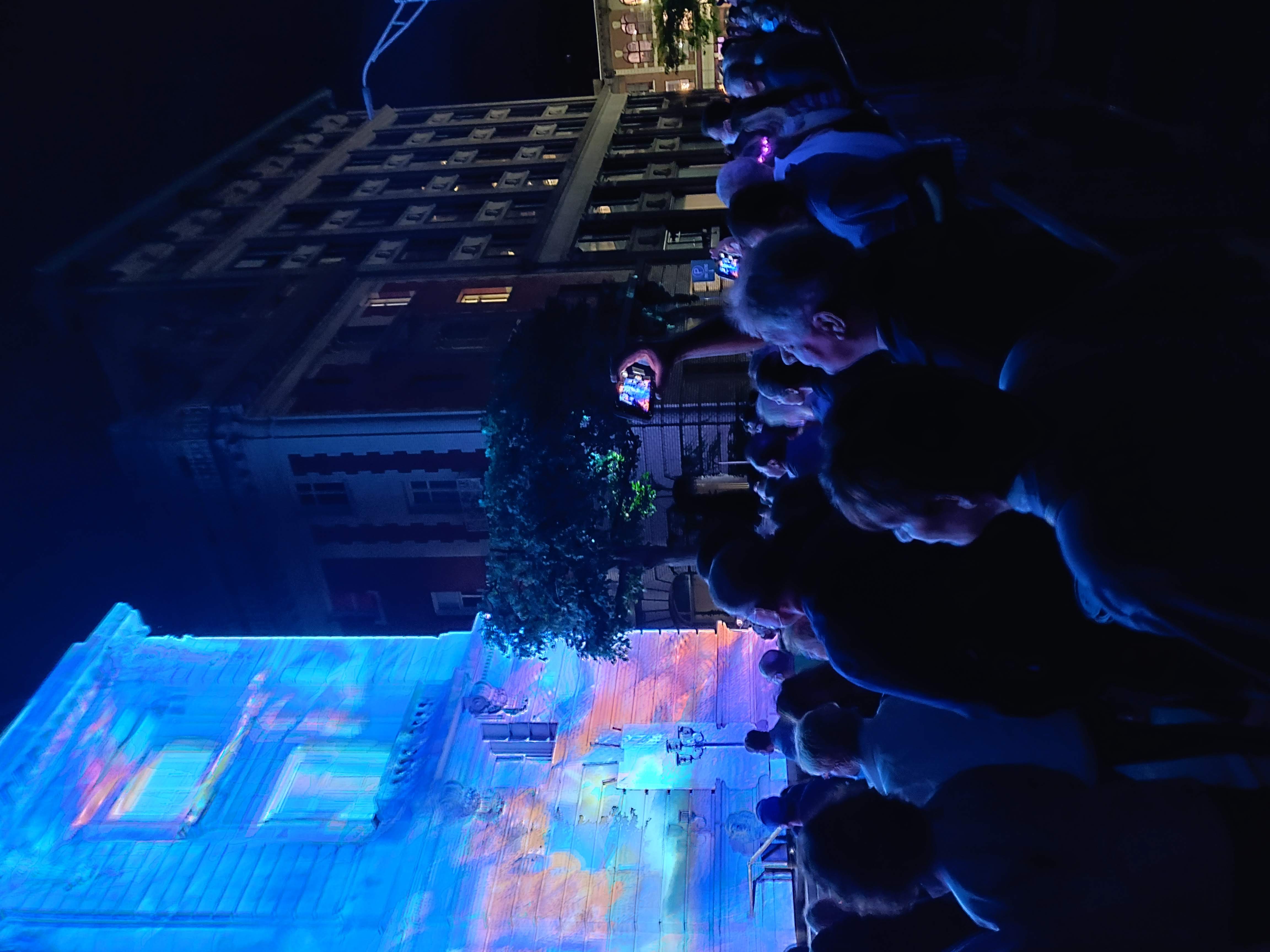 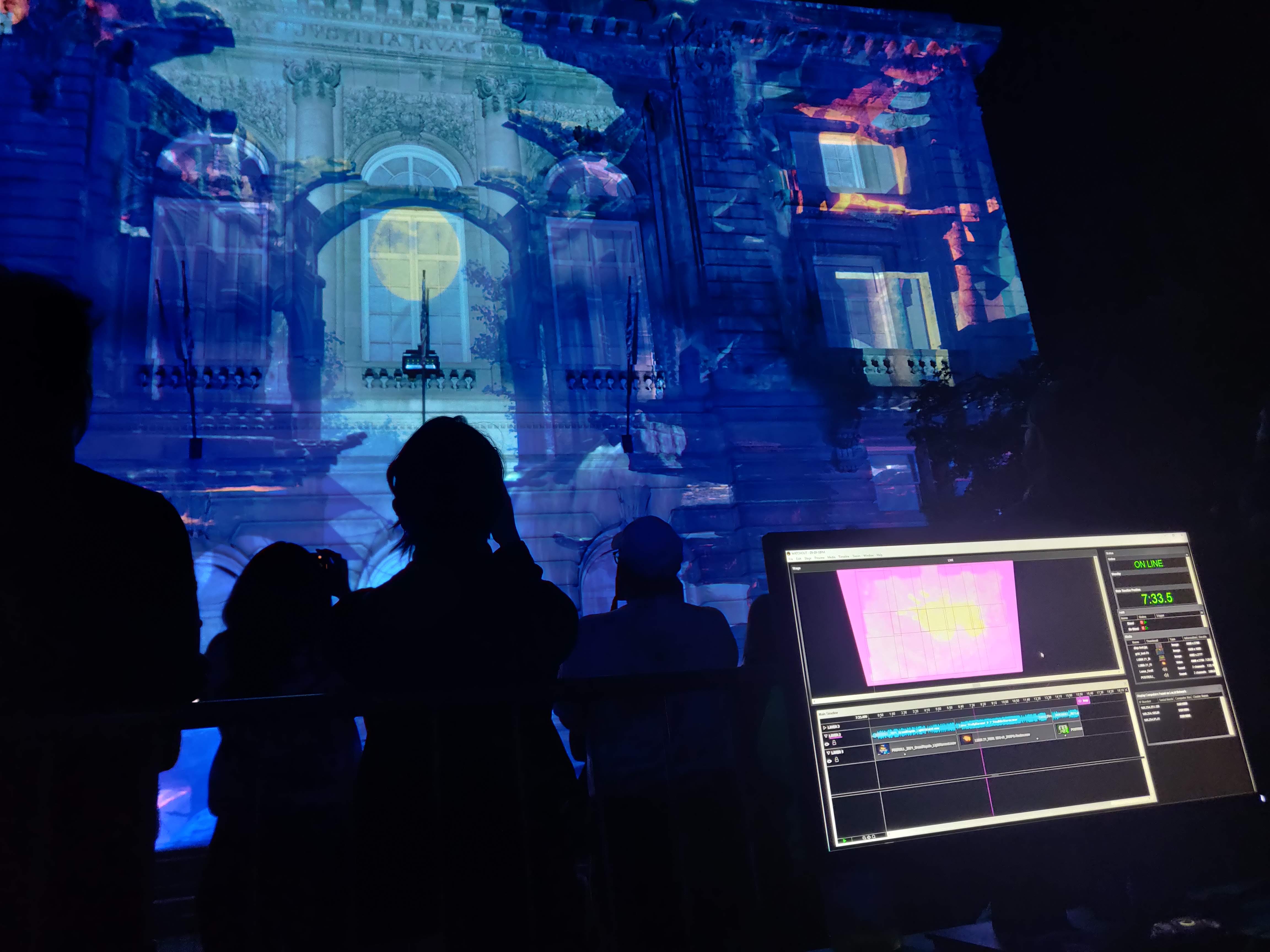 In the fall of 2021 I had the privilege of joining Team LUMA as a “pixel wrangler” (official title).

LUMA is a festival unlike any other I’ve ever been to. The sleepy (and generally unknown) city of Binghamton shuts down and transforms over a week into the US’ premier projection arts festival. The Downtown Centre’s century old facades become canvases to projection artists from around the world. The following weekend Binghamton’s nightlife scene transitions from college bar hopping to wall to wall visitors and locals alike moving from building to building viewing public art in it’s most ephemeral state.

As a Freshman I was lucky enough to experience LUMA prior to the Covid-19 pandemic. I was enamoured with the performances as well as the tech (it’s really something you just have to come and see). Due to my position at BSSL I received a call for technical assistance from LUMA’s team, where I subsequently learned the entire operation wasn’t outsourced, but rather a rag-tag team of local talent; ranging from IT professionals to Engineers and artists alike. I jumped at the opportunity and was placed on LightHarvest’s Firefly, a piece to be projected on a century old municipal building turned hotel turned student housing.

Working under my Technical Director, a local IT professional, and a team of local volunteers, projection engineers from Panasonic (sponsor and projection provider) and a projection mapping specialist I spent my time after classes into the wee hours (sometimes 4-6 AM) working with the team to setup projectors, electrify the site, setup sound, and calibrate our setup.

The experience was truly mesmerizing, but even more-so was once showtime was upon us. I found myself watching the performance less and focusing more on the audience. Seeing the artists reaction to his work on it’s intended canvas was also equally fulfilling and made all the sleepless nights more stomachable.

Below you’ll find the official video of the project I worked on, Firefly. Enjoy!

The video below is at full quality so it buffers quite a bit, sorry!